48 days ago, Vladimir Putin began his war on the people of Ukraine.

Internationally considered an act of aggression, the invasion has triggered Europe's largest refugee crisis since World War II, with more than 4.3 million Ukrainians leaving the country and a quarter of the population displaced.

In Russia and other authoritarian-led cultures, wearing a slogan t-shirt can result in arrest and imprisonment.

Together with our long-term collaborator Barry Kinder, my husband and musical partner Simon Campbel and I have designed a protest t-shirt as a way to raise funds and publicly stand in solidarity with the men, women and children of Ukraine and Russian citizens who are protesting against the war.

ALL profits from the sale of these t-shirts will be sent to the Red Cross in Ukraine to support the humanitarian efforts in the country. (This fundraiser t-shirt has no branding of the band).

Available in three colours and multiple sizes, join us in solidarity with the people of Ukraine and all of us in the free world who stand against tyranny. 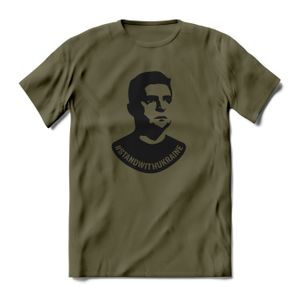 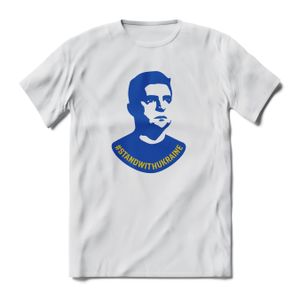